At JH Kelly, we believe that you are only as good as the company you keep.

That’s why we are proud to say that we have some amazing past employees. Their dedication to JH Kelly and their determination to make this organization a success laid the foundation for our prosperity.

Every year we gather our retirees for an informal dinner, giving us a chance to catch up with some of our “family members” with whom we’ve lost touch.

And so, we wanted to take a little time and say “Thank You” to all of our retirees and past employees. Without your dedication of yesterday, we would not be here today.

Over his 44 years as an Electrician / Electrical Fabricator, the last 25 were spent with us at JHK making many great memories.

Bruce is looking forward to retirement, and excited to be starting the next steps of his journey with his wife Melody, who is also retiring. They have plans to spend a lot of time with their grandkids and family, and traveling.

Bruce, Thank you for your hard work and dedication over the years! Your absence is already felt by many and you will be greatly missed. From all of us at JH Kelly, we wish you the very best that retirement has to offer, and continued success on your next adventure.

Terry Major started at the JH Kelly Plumbing and Heating shop on Commerce Ave. in Longview when he was a kid. His stepfather worked for Jack Kelly and took Terry to work on Saturdays. Jack gave Terry some fittings to put together and told him if he was just sitting there he might as well be doing something. And that was the start of a long relationship. Terry started officially as a plumber in July 1961. He facilitated the transition of plumbers and pipefitters into industrial environments; who wanted to crawl underneath a house once they’d been in large, complex spaces? Together with Dan Evans, Terry steered JH Kelly from a local plumbing shop into a multi-craft, large project mechanical contractor. His understanding of project controls and labor management was instrumental in JH Kelly’s success. The Terry Major Labor Saver Award recognizes his passion for always finding ways to do things better. 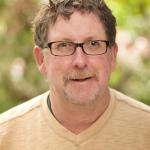 Willy worked for JH Kelly for over 17 years with progressively more responsible industrial experience – primarily for industrial process and high-tech clients. Experienced at project controls, labor management and project planning, Willy always had a proven effectiveness in all aspects of workplace safety, including developing and implementing new programs and procedures. Willy was our Vice President of Safety when he retired in 2019 and the annual JH Kelly Safety Award is now named after him, the McOmie Award.

Clancy Kelly was (is!) the quintessential hippie at heart. What separates him from the pack is his strong work ethic, excellent communication skills and a commitment to getting the job done right the first time. Clancy came to JH Kelly as a pipefitter from Chicago where his pony tail wasn’t quite as unique. His first job on Industrial Way caused some heartburn for our customer. Dan Evans promised the owner that if Clancy didn’t deliver a good work product that week, the work was free. That was enough to keep Clancy on site for that week and the next 40+ years. He mentored many a good JHK employee and his commitment to bring out the best in others is remarkable.

Chuck Stronach met Dan Evans in California when they worked as engineers for Standard Oil. Dan asked Chuck and their mutual friend Larry Peterson to come to Longview and help grow JH Kelly into a major construction company. Chuck excelled in project management, engineering design, estimating, maintenance, construction and operations. He was a gifted athlete who took that level of discipline into the field.

As CFO, Bill was very hard working and carried a huge load during JHK’s growth. He nurtured and developed a great staff, built a strong relationship with our bank and bonding company, and was responsible for creating systems and making decisions that allowed us to improve the company on many fronts – everything from payables, receivables, IT, insurance, imaging, software, taxes, audits, equipment, 401Ks, and property.

Ted led our unsung heroes in the maintenance shop for 20 years keeping our trucks and equipment running, job sites supplied and company buildings operating. We’re finally giving Ted time to work on his own projects.

Jim is the paper mill king having worked at Weyerhaeuser and NORPAC for over 30 years. Industrial Way just isn’t the same since Jim quit driving back and forth in his white Kelly truck. He’s now enjoying the good life in Lake Havasu where the sun always shines.

Dave joined Kelly right around the time Dan Evans started with the company. Since that time, Dave has become one of our most valuable Superintendents. We’re still trying to talk him into returning to work, but for some reason he’s really enjoying being retired. Go figure.

Larry was one of the three senior managers that helped shape Kelly into its current form. He’s an expert at estimating, design, and operations management. Since his retirement, Larry has been enjoying traveling with his wife and riding his Harley (and, yes, he has been to Sturgis!).

Art was the type of guy that took on every new opportunity and challenge with a positive approach and managed to get the best out of everyone he worked with, but still made it fun. A talented athlete and a Navy veteran who served two tours in Vietnam, he brought his peculiar mix of competitiveness, dedication, persistence, organization, and offbeat humor to every project he worked on. He was known for his dedication to JH Kelly and the high standards that he set for himself, his crew, and even the owners he worked with. Extremely routine-oriented and a believer in keeping a stringent schedule, you could set your watch by what Art was doing at any point in the day. However, he was also a remarkably patient mentor that truly cared about the individuals he worked with, ensuring that he provided the unique support that each one needed to succeed.

Art retired in 2011 to spend more time with his wife Mary, his cat Andy, and to play Texas Hold’em. He passed in 2015, leaving his JH Kelly legacy to his son Dave Allen, daughter Karen Puyleart, and his son-in-law Casey Puyleart. Over his 35 years at JH Kelly, he touched the lives of innumerable JH Kelly employees and helped shape the company into the organization it is today. Art will be forever missed.

Ready to get started?